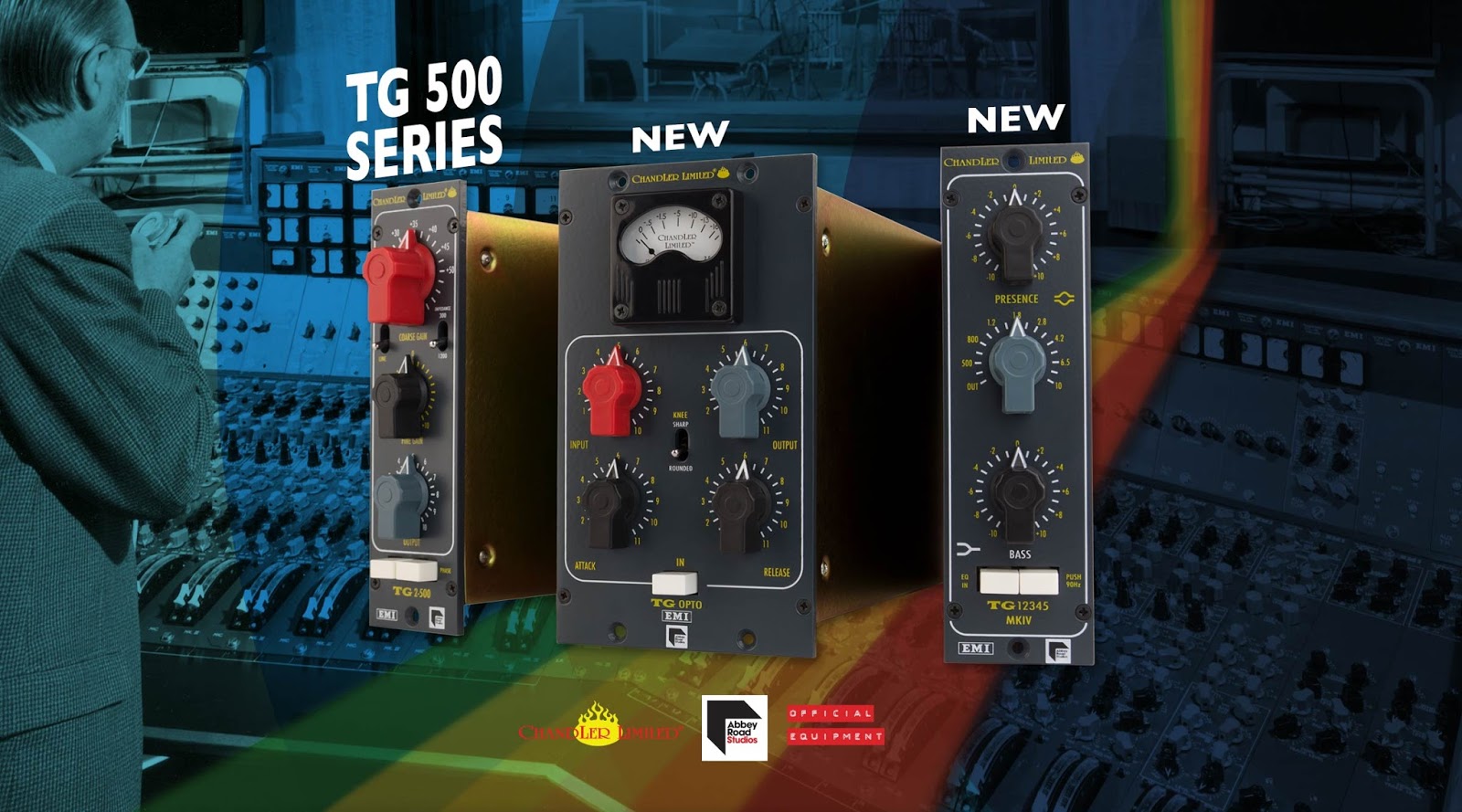 Last week at AES 2017, Chandler Limited announced two new additions to their 500 Series line, the new TG Opto compressor and TG12345 MKIV EQ. These two new modules expand on their historic lineup of EMI/Abbey Road Studios modules, and allow you to recreate an EMI TG console in your 500 Series lunchbox.

In 2014, Chandler Limited introduced the TG2-500 preamp for 500 Series, bringing the legendary sound of its celebrated EMI/Abbey Road Studios historic line to the popular 500 Series format for the first time ever. It was a moment when legions of professional music producers, audio engineers and home studio enthusiasts, craving the prized EMI TG tone of the late ‘60s and early ‘70s, as heard on records by the Beatles, Pink Floyd, John Lennon, George Harrison, and major motion picture film scores had long waited for.

With these new additions, Chandler Limited comes full-circle and closes the gap by adding the TG Opto compressor and TG12345 MKIV equalizer, alongside the highly popular TG2-500 preamp module, and together forming an EMI TG12345 console channel in 500 Series for the first time. 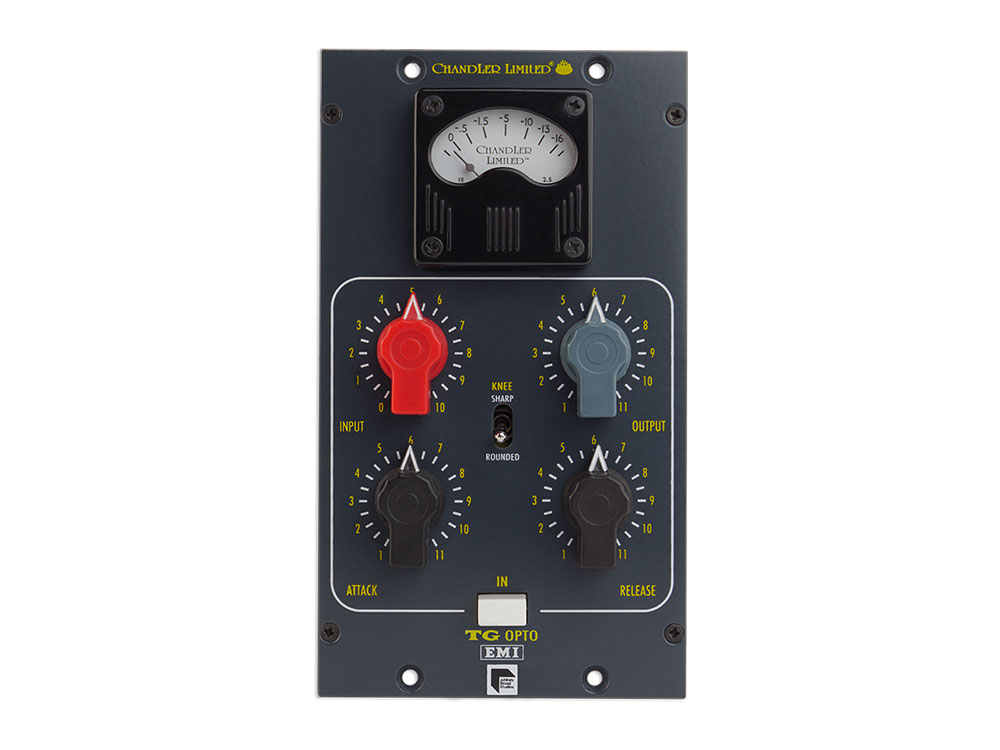 The TG Opto compressor borrows from the TG1 Opto counterpart, first introduced as part of the Chandler Limited TG Microphone Cassette in late 2016, and the modern studio classics, the TG1 Limiter, and TG12413 Zener Limiter. The TG Opto compressor for 500 Series is a double space, mono module, featuring continuous input, output (makeup gain), attack and release controls, sharp and rounded knees, and true bypass. The continuous controls, coupled with the option of sharp or rounded knees, allows the TG Opto to go from explosive on drums to subtle on sources such as vocals, where less obvious compression is desired. 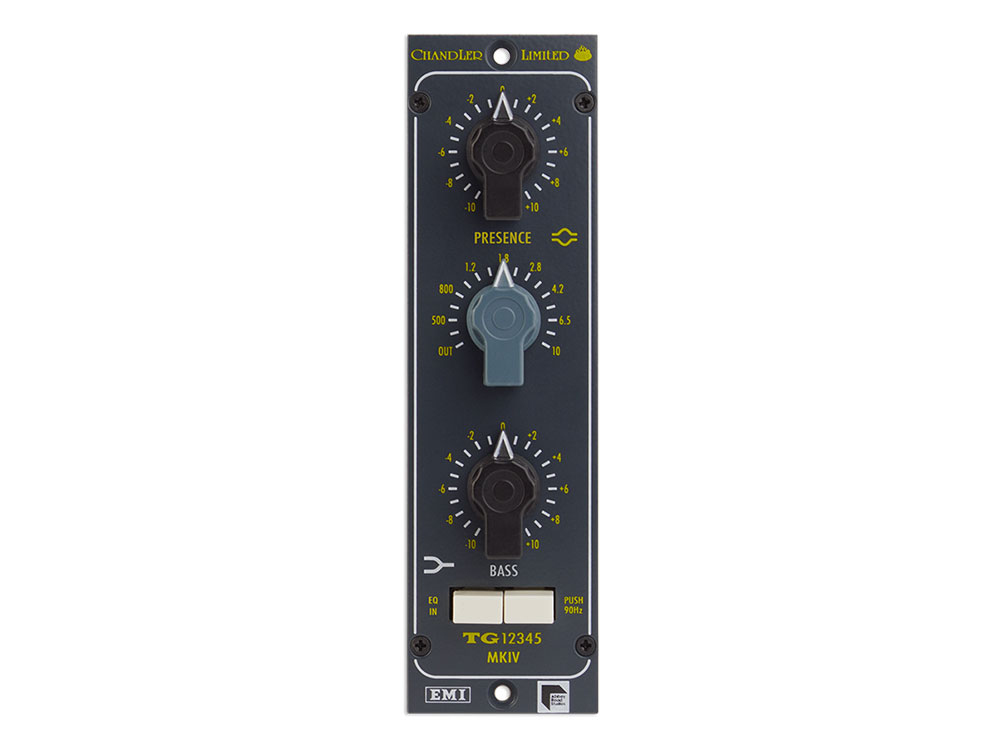 The TG12345 MKIV equalizer for 500 Series is a single space, mono module, featuring a presence and bass control-set, as found on the historic EMI TG12345 recording and mixing console microphone cassettes. The presence section is a bell type with eight frequency options and out position, while the bass control is a dual frequency selectable shelving type. The TG12345 MKIV inherits the sweet smooth sound from Chandler Limited’s acclaimed Curve Bender EQ itself, now one of the most desired equalizers of the modern recording studio era.

Chandler Limited is the only company in the world authorized to develop, manufacture and market the ‘Official Equipment’ of EMI/Abbey Road Studios, delivering the classic analog sounds recording and professional musicians seek.