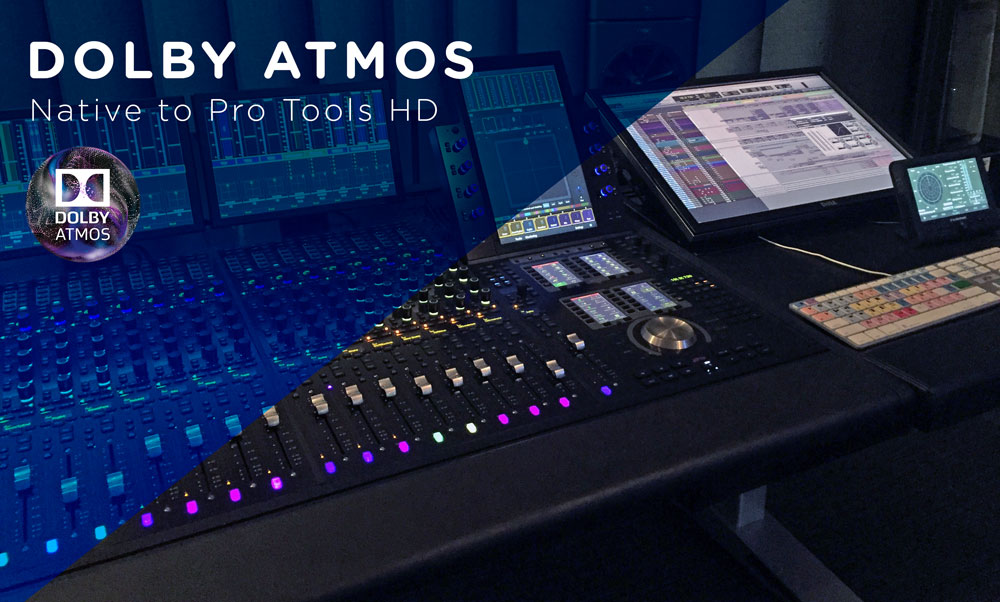 There will also be a 7.0.2 stem option as an internal stem format option, just as we have non-LFE stem options in 5.1 and 7.1 mixing. 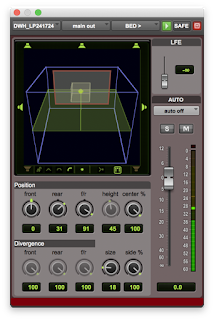 There is going to be one universal panner that supports both stem and object tracks so no need to have to copy automation data across from one panner to the other.

To further integrate the Dolby workflow into Pro Tools HD, Avid will be adding re-recorder dubbing for the Dolby Atmos metadata whether that is for automation or object metadata into the Dolby RMU. Prior to this, you had to run a pass from top to bottom to get the audio and metadata out of Pro Tools into the RMU. With the new Dolby Atmos integration feature set, you will be able to drop in and patch a section and the metadata will go with it, so no need to have extra dubbers in the way as work rounds, everything will work in the box, so you will no longer need to do an automation pass at the end of your mix because now the automation and metadata are being updated on the fly just like Pro Tools has done for ages with conventional automation with Touch etc, the Dolby Atmos metadata workflow will be built into the workflow within Pro Tools HD. For example, you could have a system with 3 playback Pro Tools systems feeding one record system and the RMU and all the Dolby automation and metadata can come from the playback systems across to the record system and the Dolby RMU.

Avid are announcing deep integration for Dolby Atmos workflows for the Avid S6 control surface. The aim is that all these workflows will be built into the S6 control surface with Avid presenting this as the “most affordable way to do a Dolby Atmos theatrical mix", as this is designed to bypass the need for a dedicated console to handle everything, now Avid's plan is to be able to produce a full Dolby Atmos theatrical mix completely in the box, no console required.

Pro Tools HD To Support The ADM (Audio Definition Model) BWAV File Format
Avid will be providing support for the ADM BWAV file format. The plan is to have this one archivable, re-purposable file format that Pro Tools will be able to read and open out to Dolby Atmos object tracks with all the object metadata.


Keep in touch with RSPE or have your RSPE Sales Specialist let you know when it's available!