As well as designing analog synths, Oberheim has engineered a number of revered effects processors, sequencers and drum machines. He was also instrumental in developing the MIDI standard.

At the RSPE Audio event, several of his original creations were on display, on loan for the evening from film composer Michael Boddicker. 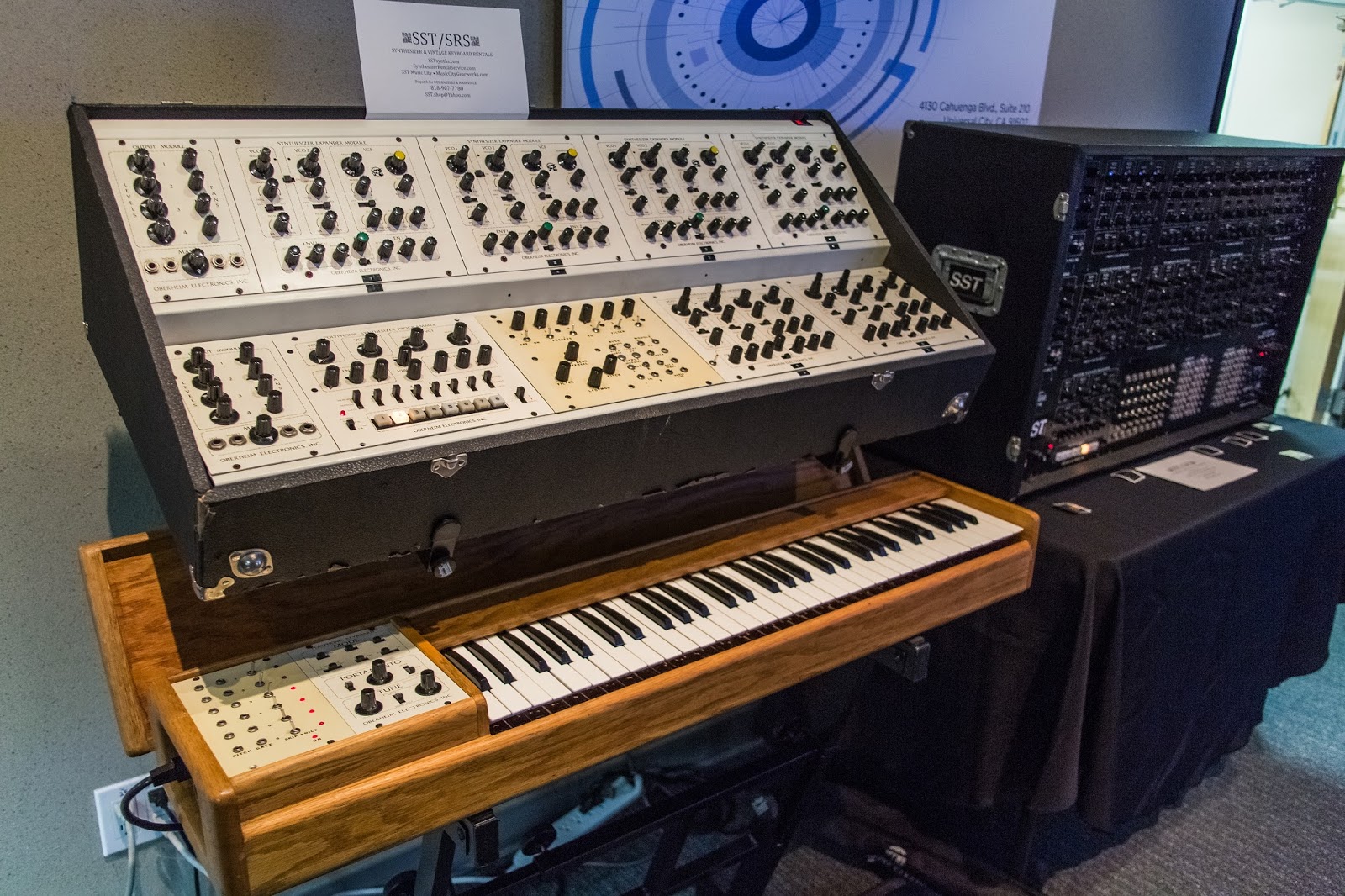 The man of the moment kicked things off with a musical trip down memory lane: "My wife's going to be mad at me because I'm going to do what she told me not to do," he explained, cueing up a selection of tracks that feature his instruments. "But it's a piece of my life that I'm very proud of...I'll make it short, dear." He flashes her a cheeky smile.

Among the tracks were massive hits like Gary Wright's "Dream Weaver", "Tom Sawyer" by Rush and – the biggest anthem of them all – "Jump" by Van Halen ("everybody recognizes that one," he jokes).

He spoke briefly about his own career, both with humour and humility. He recalled his surprise in discovering that 20-somethings were interested in his original SEMs (Synthesizer Expander Modules), thinking they were “a relic, a museum piece.”

He still seems genuinely shocked at how much some of his old synths sell for on eBay: “$9,000? What?!” That was for an original Two Voice synth – the one Oberheim still claims as his favorite.
That particular moment came shortly after he reintroduced a modern version of the SEM. That eBay sale, he explained, made it obvious what his next project would be. It was something he had been meaning to do anyway:

"All the years at Oberheim Electronics, I always said I would take a Two Voice home for me. I never did and (the company) ended before I ever had the chance. So I thought 'well, I guess I'll have to build myself one.' That's what I'm doing now and I'm really happy with it." 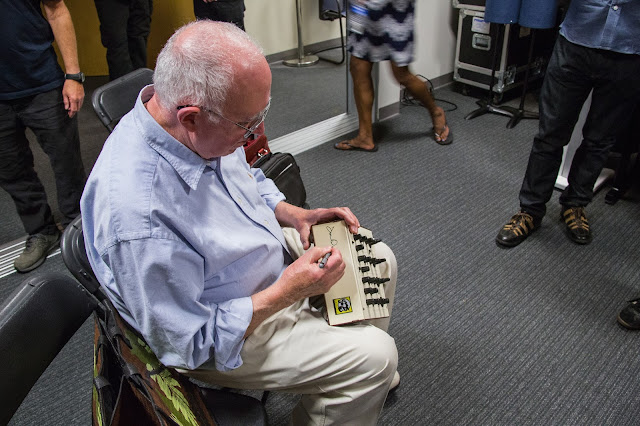 It was time for the lucky few who were able to make it to RSPE Audio to hear the results of his latest labor of love.

Design-wise, the Two Voice Pro is identical to the 1975 Two Voice, with the addition of some “interesting upgrades”. Users now have the ability to store sequences and chain them together to form more complex musical structures. There are also new editing features and each module (both SEMs, Mini-Sequencer, Keyboard Control) has mini-jack patch points – 56 in total.

Admitting he's “not a keyboard player”, Oberheim turned the Two Voice Pro over to friend and composer Drew Neumann for a demo. If it had been possible to turn away from the stage and scan the audience as he played, chances are good more than a few people would've been caught visibly drooling.

The sound of the Two Voice Pro is incredible.

Before parting for the evening, Oberheim played one last tune: “In A Sentimental Mood” by Steps Ahead. He listens with his eyes closed, and looks as if he is almost moved to tears. 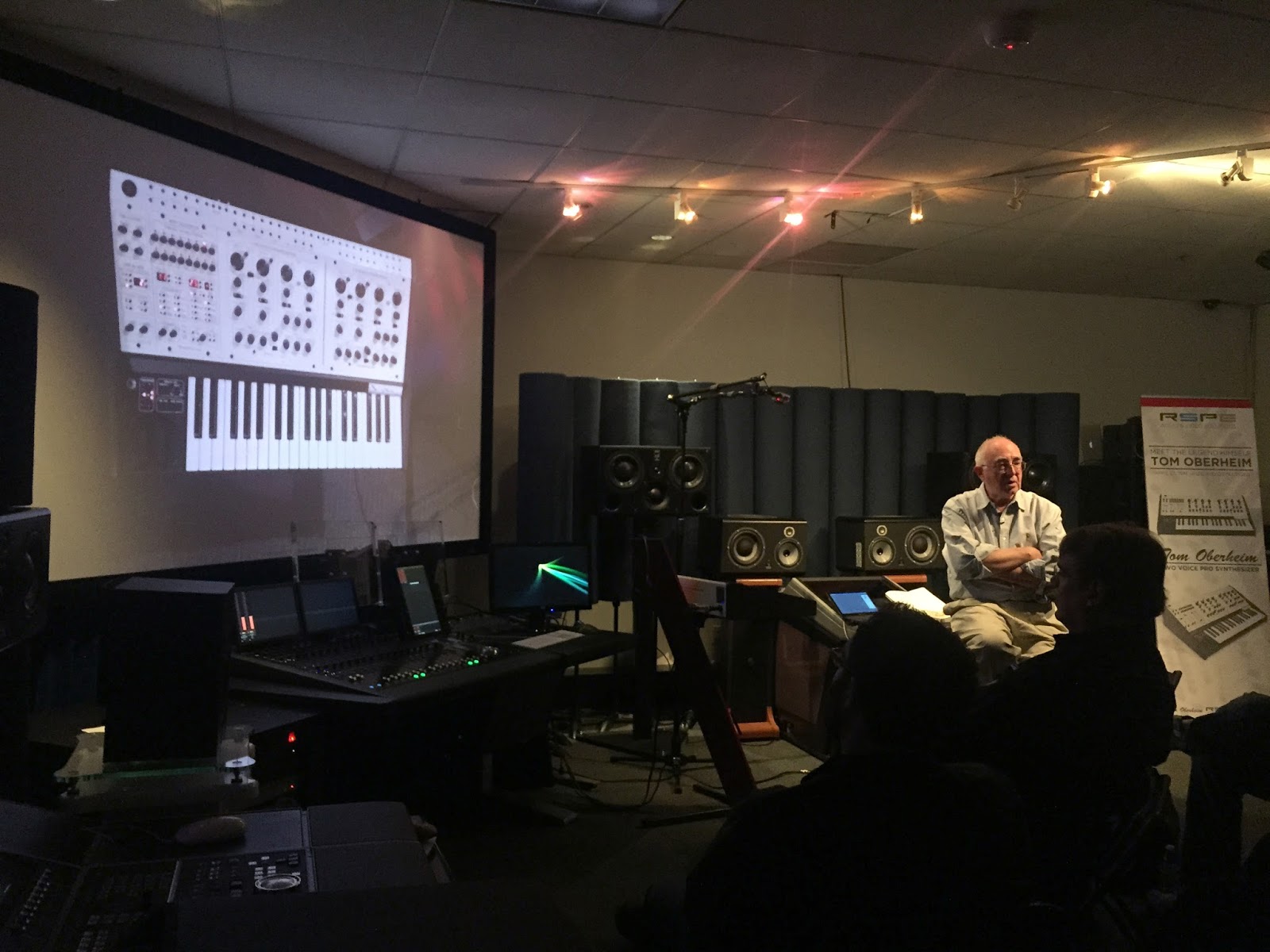