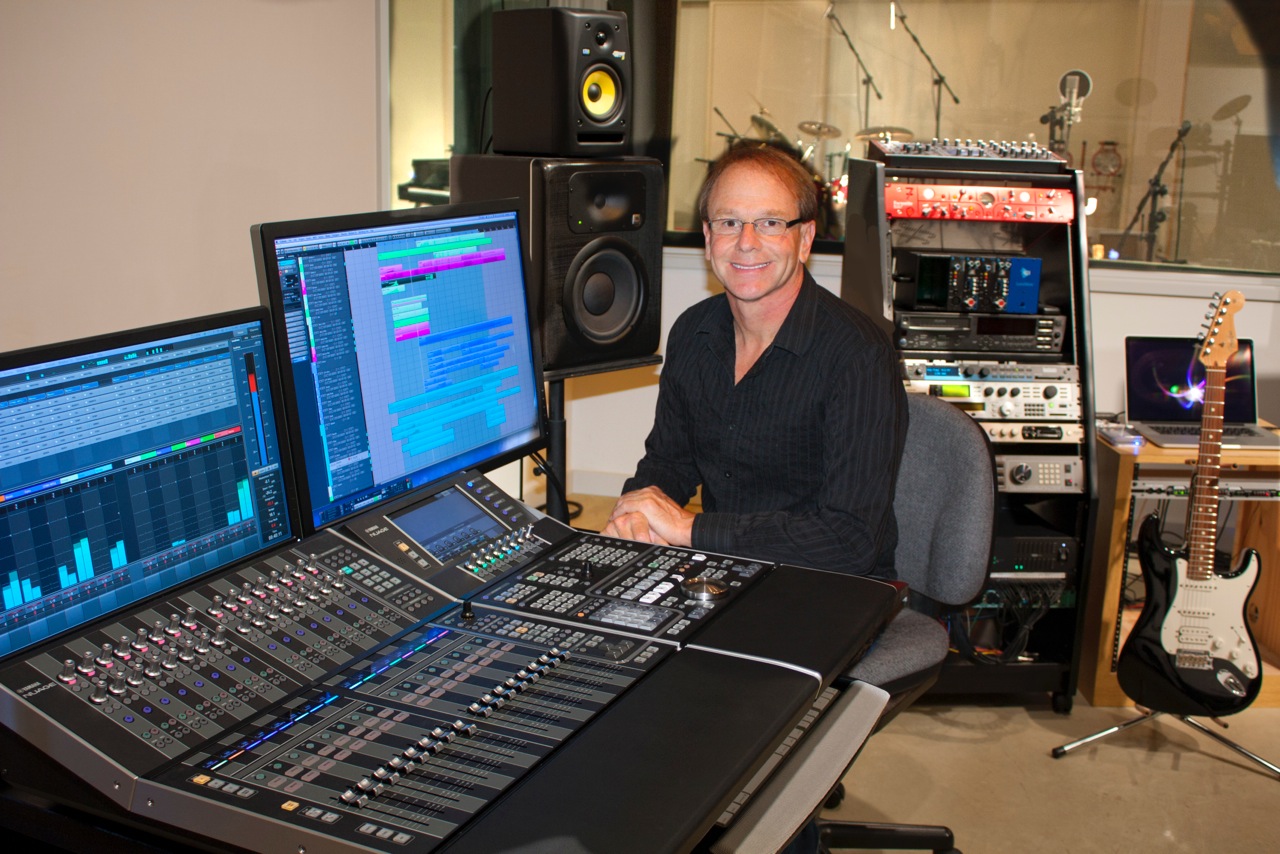 The company recently added a new Yamaha NUAGE Advanced Production DAW System to their production arsenal. CEO Bill Byrne said that up until the purchase of the NUAGE system, he had been recording and mixing using multiple Mackie consoles, until Mackie was no longer providing the unlock codes for their software, making it impossible to work on them.

“I have been a long time Cubase user and wanted to upgrade for at least the past five years having so many legacy projects in Cubase for Bing Bang Boom Music and Sound Design Libraries, states Byrne. Even though stereo is still the main delivery format for the libraries, I still get calls to customize tracks, and to switch to Pro Tools or any other system with thousand of tracks would not have been cost or time effective. There really wasn’t any other system available that was completely integrated like NUAGE, plus it sounds amazingly good!”

Byrne said he’s been doing more and more mixing “in the box” but with most projects having 100+ tracks, navigating with a mouse was becoming impractical. “I had been working with Ron Cheney from RSPE for at least three or four years trying to come up with a suitable system. Every year, we would meet up at NAB in Las Vegas and look at new systems along with trips I would take to the RSPE office every three or four months. While there are a lot of systems out there, I really needed total integration with Cubase, and no other system really offered that but NUAGE.” Last April, Byrne and Cheney met up again at NAB and were given at great run through on NUAGE, heading back to the Yamaha Commercial Audio booth over the course of the show with more questions for the NUAGE team who he said were quite helpful.

“Ron Cheney was extremely patient and helpful; his goal was to make sure I had the right system for my needs and not to just sell me something, Byrne says. I am very impressed by how hard he worked to make this happen for me. At around the same time, I saw a NUAGE system on a magazine cover with Hans Zimmer and other film industry notables. They were discussing surround sound in headphone mixes, which was quite interesting. So RSPE arranged a private demo with the NUAGE team, and I was impressed to see their level of commitment, a good sign that they would be there to support the product.”

After a basic run through using the RSPE Mac and installing the tools for NUAGE on his Mac Book Pro and hook up the system, Byrne was able to run one of his projects off his laptop. “We spent several hours going through the system and the “what ifs” needed to integrate a large I/O system into the setup. We discussed the Yamaha NIO and RIO boxes and how they could be integrated. At the end of the demo, I knew the NUAGE system was perfect for me. I was also quite excited (for the first time in many years) about all the new creative and productive possibilities.” 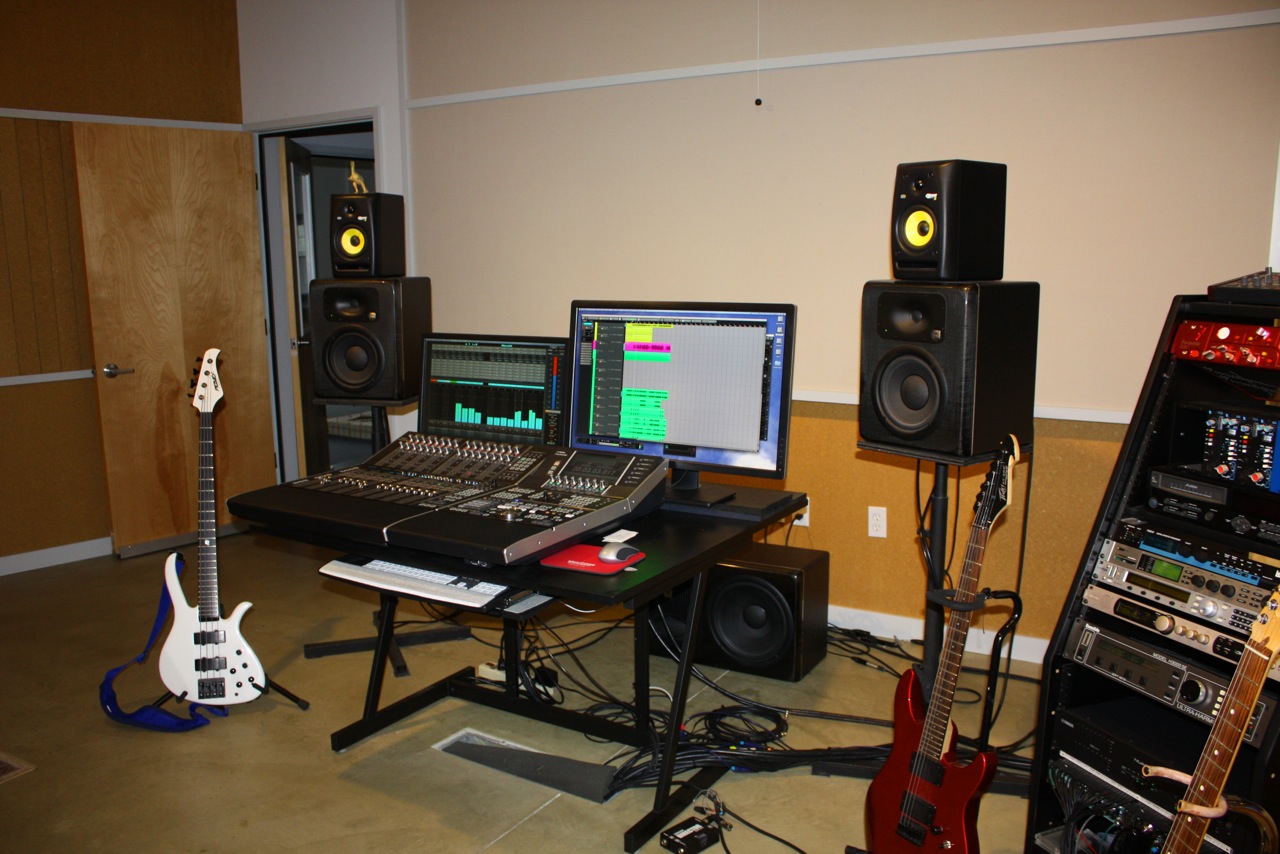 One of Byrne’s biggest issues was the need to have at least 32 live inputs and multiple cue mixes for his tracking room as he still records with a lot of real instruments. “I needed something that wouldn’t tax the main CPU as I always have lots of virtual instruments playing in every project that hit the CPU hard. The NIO and RIO boxes totally solved that problem for me, and having remote control over the mic pre-amps through the RIO is fabulous! I’m able to work with a 128 buffer on the main CPU and that makes tracking live players while all my VSTi’s are running too a snap.”

Of course having total integration with Cubase made it a no brainer notes Byrne. “Having the knobs and buttons labeled and dedicated to Cubase/Nuendo functions meant I wouldn’t have to spend any time at all mapping functions like I would have had to do had I purchased a third party system. Getting around my projects is so fast now. When I was mixing “in the box” with a mouse and also my iPad remote, because of the time factor in navigating around or even just automating fader moves, I tended not to try and experiment with different mix options. Now, with the NUAGE and the touch sensitive faders, if I want to try something different, it’s so easy to do and I can instantly get back to where I was if I don’t like it. For Cubase, it’s brilliant!”

“For old school guys that have worked a lot on analog consoles like Tridents, APIs, and Neves,, the seamless integration of the live input NIO and RIO I/Os, channel control, master, and DAW functions really does make it feel like you are working on a console, adds Byrne. The way the knobs and buttons light up to give you hands-on access to the functions and being able to program lots of Quick Controls for the functions I use all the time is great too. The jog wheel
feels great and the transport functions make it a snap to navigate and edit very quickly.”

Byrne said he’s owned a lot of Yamaha products over the years that are still in use, “The fact that they are providing the hardware and also own Steinberg gave me great confidence that the product would continue to develop and be supported. I had been waiting a long time for the NUAGE system and Yamaha/Steinberg have delivered way beyond my expectations!

Bing Bang Boom! recent projects using NUAGE include a music track for the home video release of How To Train Your Dragon 2 and a new BBB trailer sound design library called Arsenal of Awesome.