“What I like to say is that Smart Post Sound is one of the youngest, and also the oldest company in the industry,” says Joe Melody, President of Smart Post Sound. Official records will show that Smart Post Sound was born in July of 2005, but the business can trace its roots back to 1968 when it operated under the banner of Echo Sound. The name may have changed, but the company's dedication to providing quality sound remains steadfast. To that end, Joe and his team insist on using Avid technology.

The expansion also provided Smart Post Sound with an opportunity to invest in the latest Avid technology; four Pro Tools S6 M10 control surfaces, two for each new stage. In addition, Smart Post West will be adding Pro Tools S6 surfaces to its arsenal in the new year.  Below, Joe and Re-recording mixer Larry Benjamin explain why investing in the S6  has been a brilliant addition to the company's already booming business. 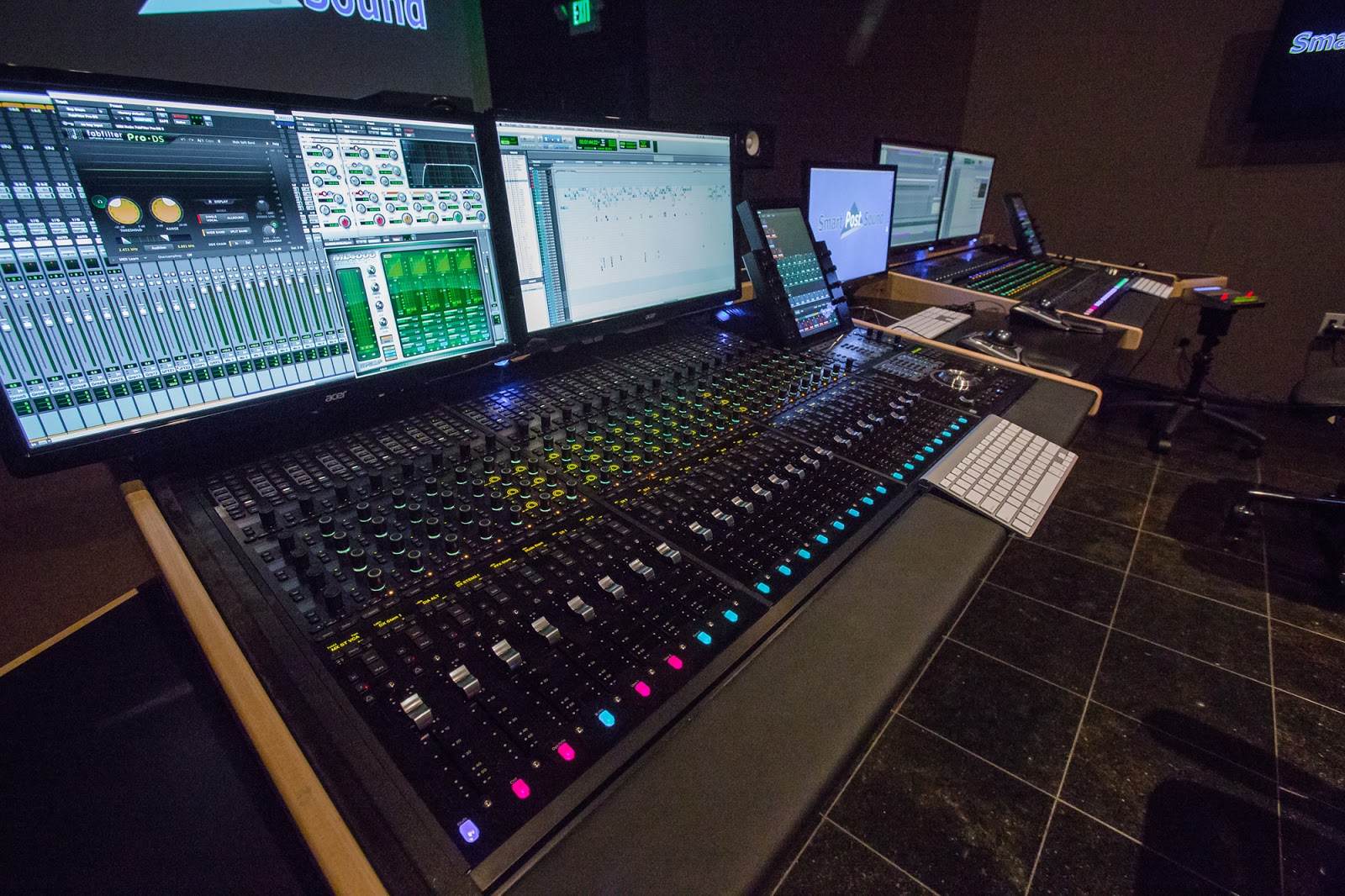 You could've put anything in your new sound stages, why choose the S6?

JM: A stage is just a stage. Nobody's going to use it willingly unless you say “We didn't just build two more stages, we built two of the best stages with the newest, slickest technology that you will ever work on.” And it worked! To tell you how well it worked, we have paid back the cost of that gear in less than six months with the work that we've done.

What were your first impressions of the S6?

JM: If you talk to anyone of our mixers, I am sure they will tell you it's absolutely the best surface they've ever worked on. Even more importantly, it's very easy for them to go and work on our existing D-Command control surfaces and then go back to the S6 without a hiccup. They don't work quite the same, but it's really pretty seamless and that's one thing that we weren't expecting.

LB: Getting around the Avid S6 is fast and I love the metering on each fader. The amount of information on the OLED displays is incredible, they are like “super scribble strips” (say that 10 times fast) and the new faders are silky smooth.  The ergonomics and the flexibility of being able to configure the knob and pan modules is great. On one of our S6 systems, we have reversed the panning module for better access. 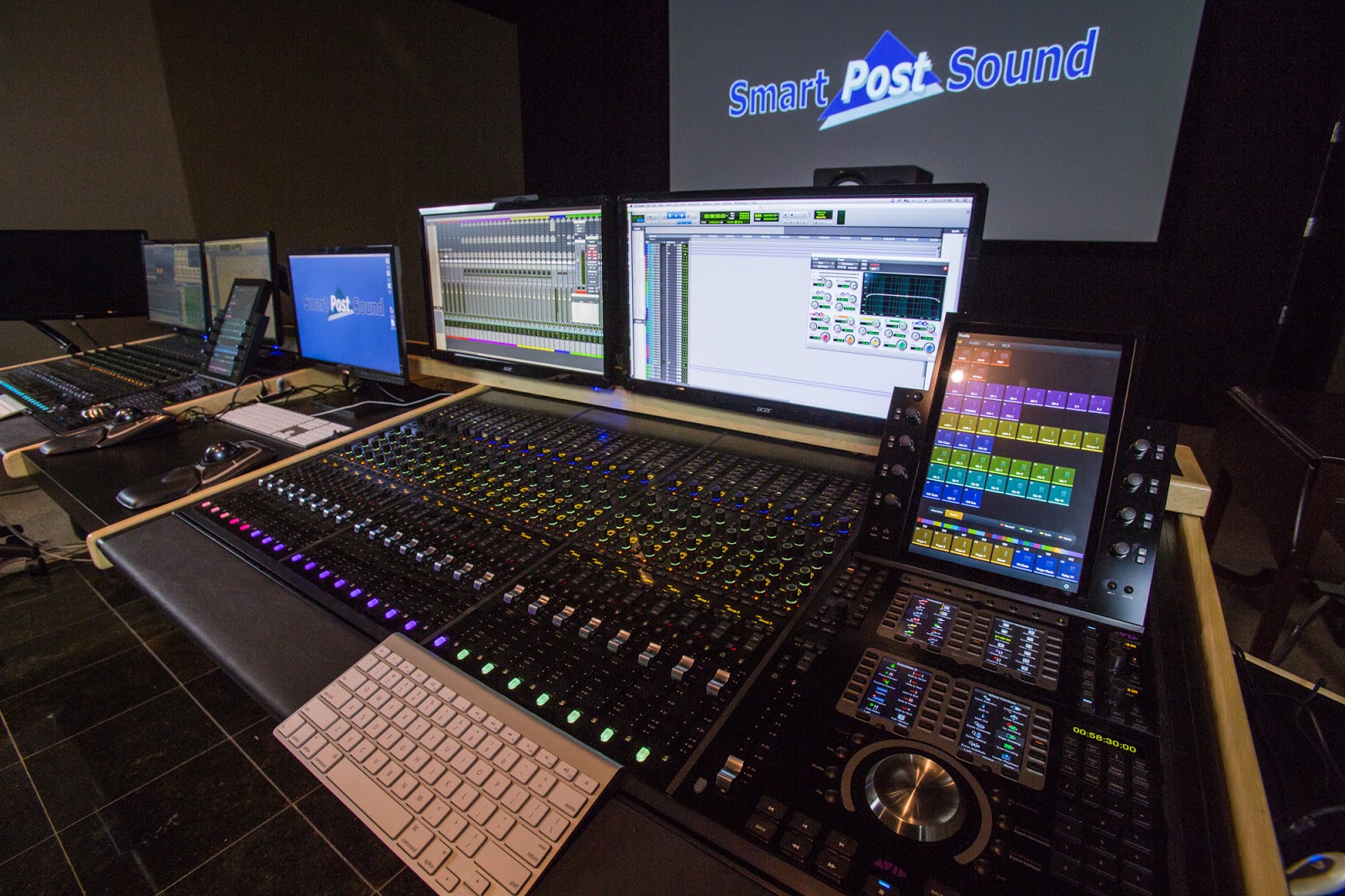 You could've just installed a D-Command in your new stages...

Well at that point the S6 had come out and so the question was 'Everybody knows about us, everybody thinks they know everything that we've got. What can we do to add wow factor?”  We needed clients to forget about the stage that used to be their favorite one, and new technology provided the necessary incentive for that to happen. We’ve had directors in our new rooms who are literally like kids in a candy store. They can’t stop asking questions about the S6!

And you'll be adding more at Smart Post West, correct?

JM: Yes. We've been doing all of our West side playbacks there.  For instance Bones, (Fox Entertainment), they love mixing out here at Burbank with us. The Executive Producer lives in Santa Monica, but because we're all working with the same gear,  we can easily do the second day playback over there. In the past, that was just not done. You'd go to a facility and they'd say 'You'd better not do that (mix in one room and playback in another), you're going to have nothing but problems. It's not going to translate.' Well guess what? When you make sure the gear matches and make sure the room is tuned just the way your mix room is, not only does it match, it matches every time. With the convenience factor of not having to drive, it allows the Executives to sit there and do their creative work without being stressed. I honestly still believe we're the only company that still does that...and with no apologies.

LB: Clients today want more time to playback than mix. The S6 platform lets us work faster than ever. It’s not unusual for us to have two, or even three playback/fix passes over a two day period. That allows the creators and the mixers to fashion a much more satisfying mix. 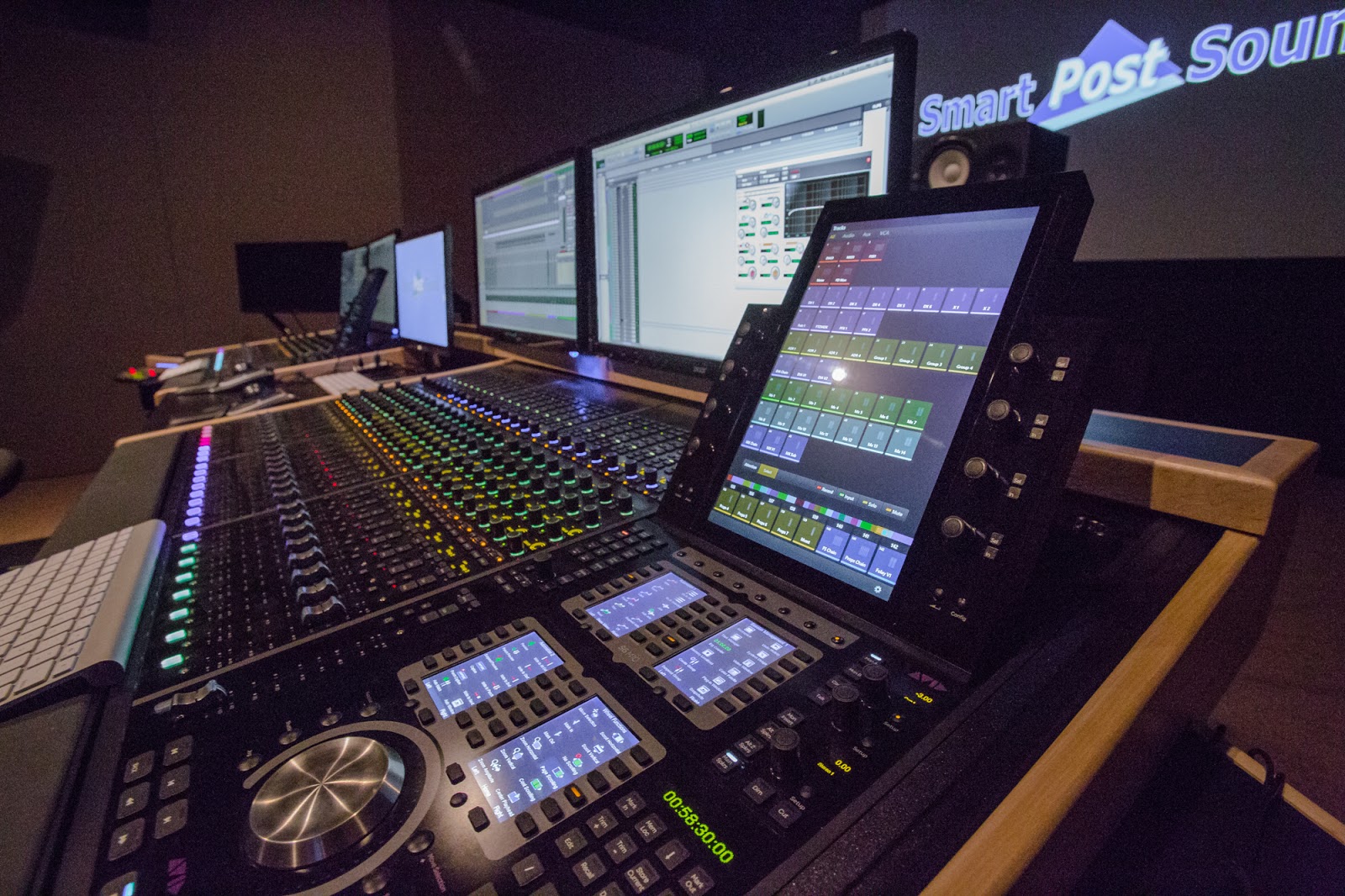 What other Avid gear do you use?

JM: Our mixing staff has an incredible allegiance and enthusiasm for the whole Avid line of products so my first response would be that everything we use is probably Avid! That's not to say we don't use other products at all, but the main gear that we use to create a soundtrack is all Avid.

Thirty years in the business; what's your secret to success?

JM: For us, money is a result, not the reason. We invest a lot, both in technology and talent, and we keep our overhead very low.  We only have two bona fide managers that get paid to manage and handle financial information, and that is a lot leaner than most companies.  We're really a bottom-up company and that's been the way this company was the day I worked through the door and it has never changed.

For more information visit our microsite dedicated to the Avid S6!

gbapps said…
Excellent information Providing by your Article, thank you for taking the time to share with us such a nice article. Amazing insight you have on this, it’s nice to find a website that details so much information about different artists.

Unknown said…
Mcafee.com/activate is the official site for Mcafee thing. Where you can purchase your Mcafee Product and recuperate your 25

alphanumeric Mcafee commencement code from your retail card. What's more, moreover You can download Mcafee plan by entering your

introduction key. You need to make a Mcafee account By using your email id and mystery word. Also, start protecting your

contraption from contaminations, malwares and other online threats by McAfee antivirus.
visit:
mcafee.com/activate
February 26, 2020 at 3:34 AM

jacobs said…
awesome and good looking. amazing functions thanks for sharing.
Here is a Famedgram app. In this it helps to increase followers on the social service named Instagram. The application is amazingly designed for users who want more followers on their profile. Famedgram APK is very easy to use. All the options related to operating this application are clearly available on the home page of it. You just need to log in to your Instagram account from the app and you will get hundreds of followers on your profile without doing much effort.
https://modsroid.com/famedgram-apk
GTA 4 apk
assassin creed APK

newgraphicdesigner said…
Hi, after reading this awesome piece of writing i am too glad to share my knowledge here with colleagues.
Whatsapp Plus APK
April 10, 2020 at 12:25 AM

rice purity said…
This website and I conceive this internet site is really informative ! Keep on putting up!gb whatsapp official

rice purity said…
They're produced by the very best degree developers who will be distinguished for your polo dress creating. You'll find polo Ron Lauren inside exclusive array which include particular classes for men, women.

rice purity said…
They're produced by the very best degree developers who will be distinguished for your polo dress creating. You'll find polo Ron Lauren inside exclusive array which include particular classes for men, women.

Aftab Shaikh said…
I wish I could use gbwhatsapp & coc mod apk without any restrcitions. Will it ever happen.

Tamil Typing said…
Looking for best Tamil typing tool online, make use of our Tamil Virtual keyboard online to type in Tamil on web browser and share it on your social media handle. Tamil Typing Software Download
May 13, 2020 at 5:36 AM

Albert Smith said…
This is my first time i visit here and I found so many interesting stuff in your blog especially it's discussion. Thank you so much for sharing this great blog. Keep it up.This is a great inspiring article. I am pretty much pleased with your good work. You put really very helpful information. Keep it up. Keep blogging. Looking to reading your next post.The App Developer Dubai provides good service you visit for more details.
May 22, 2020 at 5:47 AM

ApkRapido said…
This is a great choice, I really like this set. You can download whatsapp gb for phones at Apkrapido
May 31, 2020 at 6:39 PM

jasmine said…
Nice Article Mobile App Development Companies in Dubai thanks for sharing!!!
June 1, 2020 at 4:41 AM

As many of you know, the entire technology industry is going through a major shift from perpetual licenses to a new business model focused on subscription.  This directional change is a positive shift for many users that are interested in more flexible and affordable payment options and only paying for those features,…
28 comments
Read more