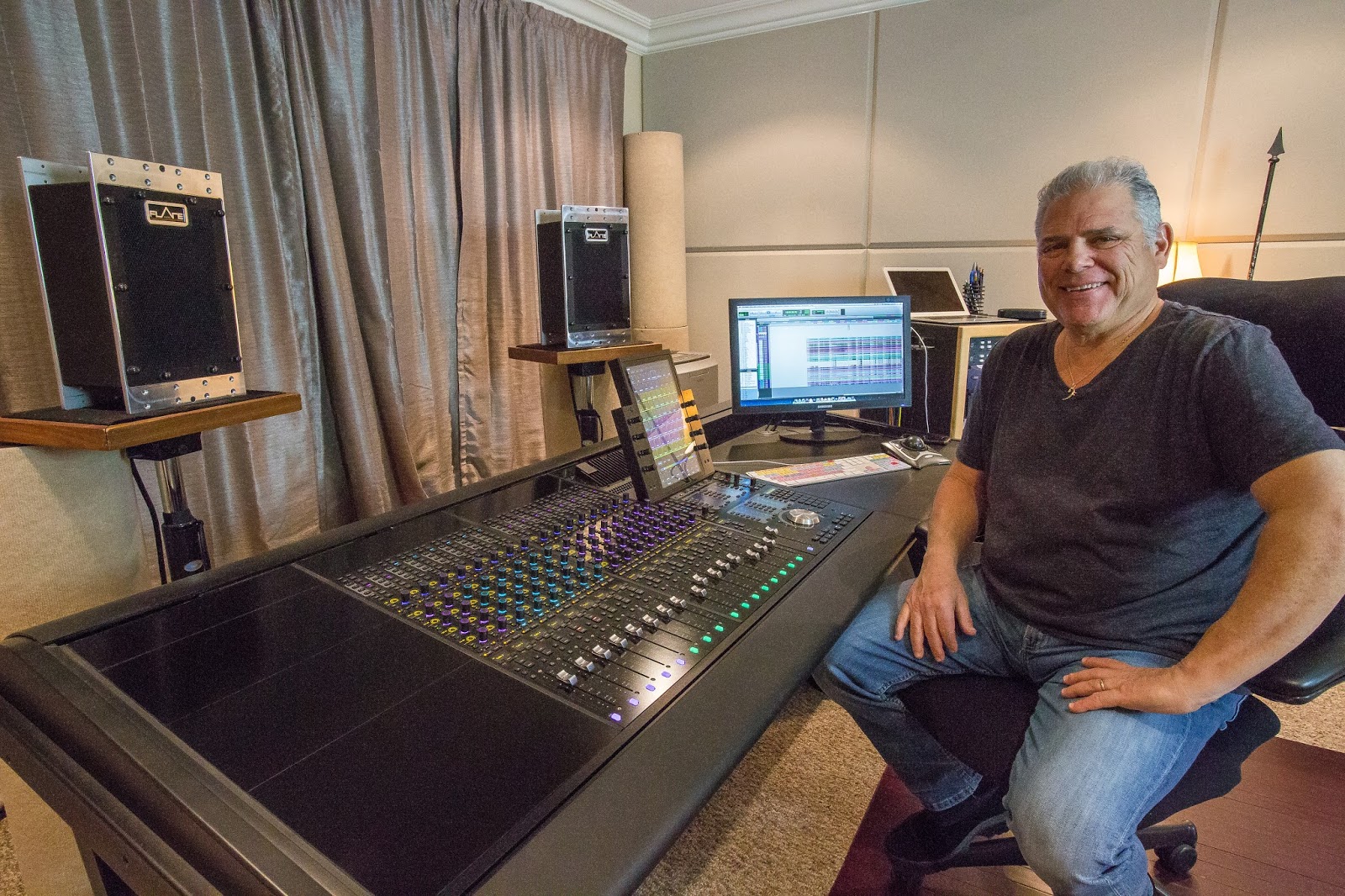 Emmy-nominated music mixer Gary Lux has done it all – music, television, film – and a lot of it. With literally thousands of credits to his name in both stereo and surround sound, this high-demand music mixer spoke with RSPE Audio Solutions about how the Avid S6 Modular Control Surface helps him keep on top of his game.


Financial pressure has caused a number of the larger sound studios to close their doors throughout the recent past. Paradoxically, more music, television and film is being created than ever before. On the plus side, it's a perfect time for audio professionals like acclaimed Hollywood mixer Gary Lux to set up shop in their very own homes. The spaces may be smaller but the jobs are just as big, if not bigger. It's important for clients to know they are getting the same power, features, and reliability as they would going to a major studio, which is why Gary has been using Avid consoles throughout his career.

RSPE Audio Solutions of Los Angeles recently encouraged Gary to move on from his trusted Avid D-Control to the new Avid S6 modular console/control surface. Gary took a break from his work to talk about how he's working with the new console, and what new credits he'll be adding to his name.


What's the most recent project you've used the S6 on?

Oddly enough, as a producer/engineer I've been doing much more song writing these days. Most recently for this new John Singleton (Boys in the Hood) TV show called Snowfall; it's about crack cocaine issues in the 80s in Los Angeles. John needed some songs, and so an artist I've been working with, Shyra Sanchez, and I, along with guitarist Mike Ferenci, have written three songs for the show. John’s shot the first episode and placed our songs in it. There's 12 more shows to go so I’m hoping we're able to write for more of them. Shyra might possibly be a character in the show as well. That would be fantastic!


And just how long have you been using Avid gear?


What drove the decision to switch from the D-Control to the S6?

It was time to move on to the S6 for many reasons: the ergonomics, the ease of operation, the smaller footprint, Pro Tools evolution...and it's so cool with all the lights (laughs). I needed to make the change, and I'm glad I did. 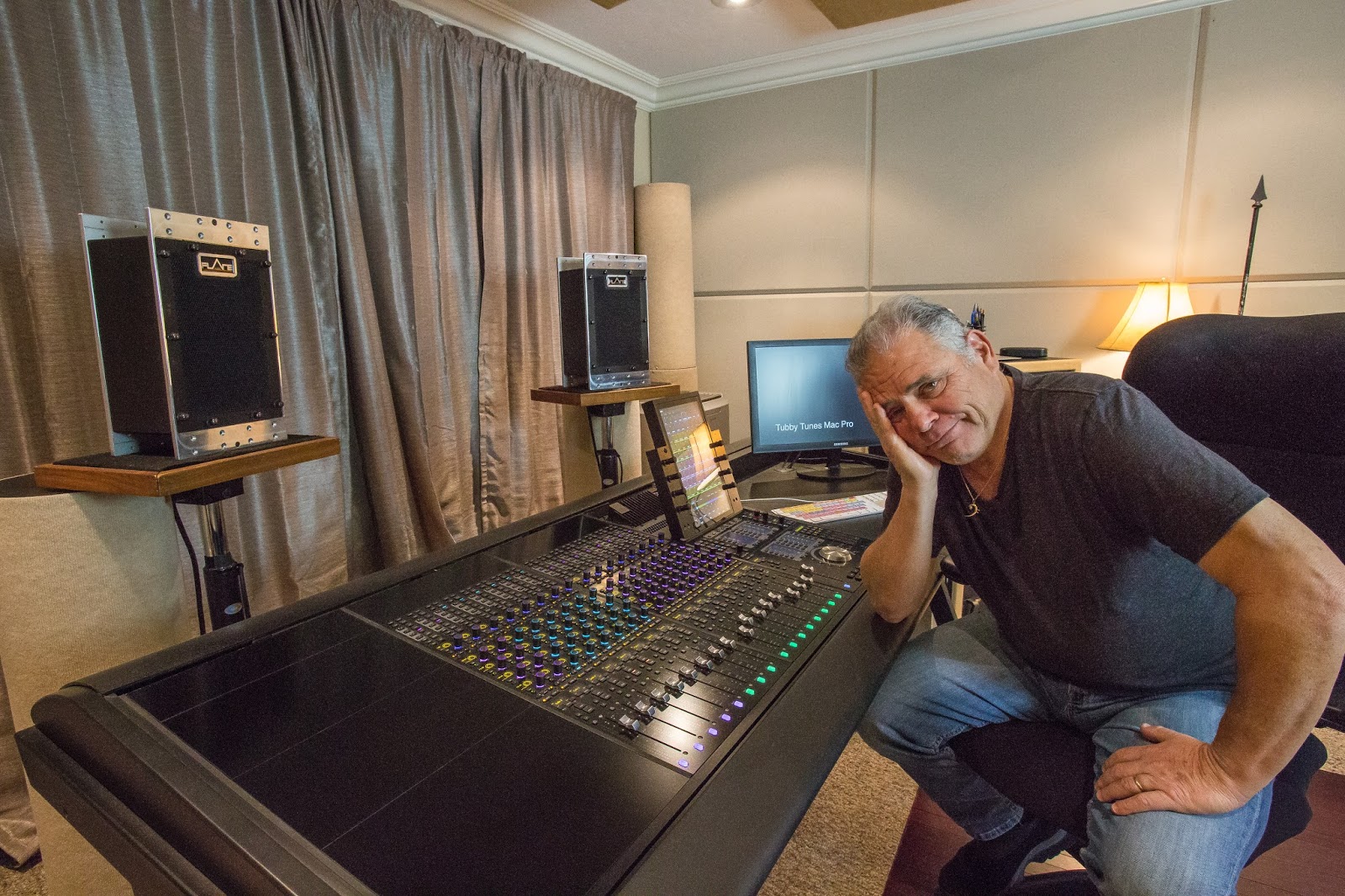 Some people like to stick with what they know works, but you've jumped on to S6 pretty much right away...

Don't get me wrong, I am a creature of habit like that too, but not in this area. I think it really starts with Pro Tools: it’s so much better and more efficient now, and with the switchover to AAX plugins everything was evolving quickly. I needed to follow because It’s important to remain relevant in this business and push the technology. It's what I've done my whole career.

Most of us in the industry would do anything to make our work percentages better, one percent or even half a percent better. That's why continue to evolve. The technology just gets better and better, desks included. If the S6 was the answer because of its’ efficiency and ease of operation, count me in.


Any piece of equipment comes with a learning curve, how did you get familiar with the S6?

The S6 hasn’t taught me how to mix. Up is still louder. However, like with any piece of new gear there is a learning curve. When I got my S6 I woodshedded with a project I did a while back: Ben Harper and the Blind Boys of Alabama's Live at the Apollo, which took home the 2005 Surround Music Award for Best Concert Video. I've had that multitrack archived forever and because there are so many tracks, I use it to test new plugins and used it to try out the new features on the console to get more familiar with it. Once you realize where everything is and what you’re trying to do, muscle memory takes over from reading where all those buttons and switches are.


What are the main plugins in your folder?

I use plenty of them! Avid, Exponential Audio, FabFilter, McDSP is really big in my arsenal, a few things from Waves...we're all junkies with this stuff.


Do you have a favorite Avid plugin?

I think it would probably be ReVibe; it's very cool. Many of the dubbing guys use it because it's so versatile with all of its’ sounds. I've recently got it and I like. I like using Avid plugins when I'm tracking and doing vocals because there’s very little latency. There can be a problem with latency when using too many native plugs during recording. Once I know I'm done recording, I'll start going crazy with plugs and let delay compensation take over and not be so concerned about how much latency there is. 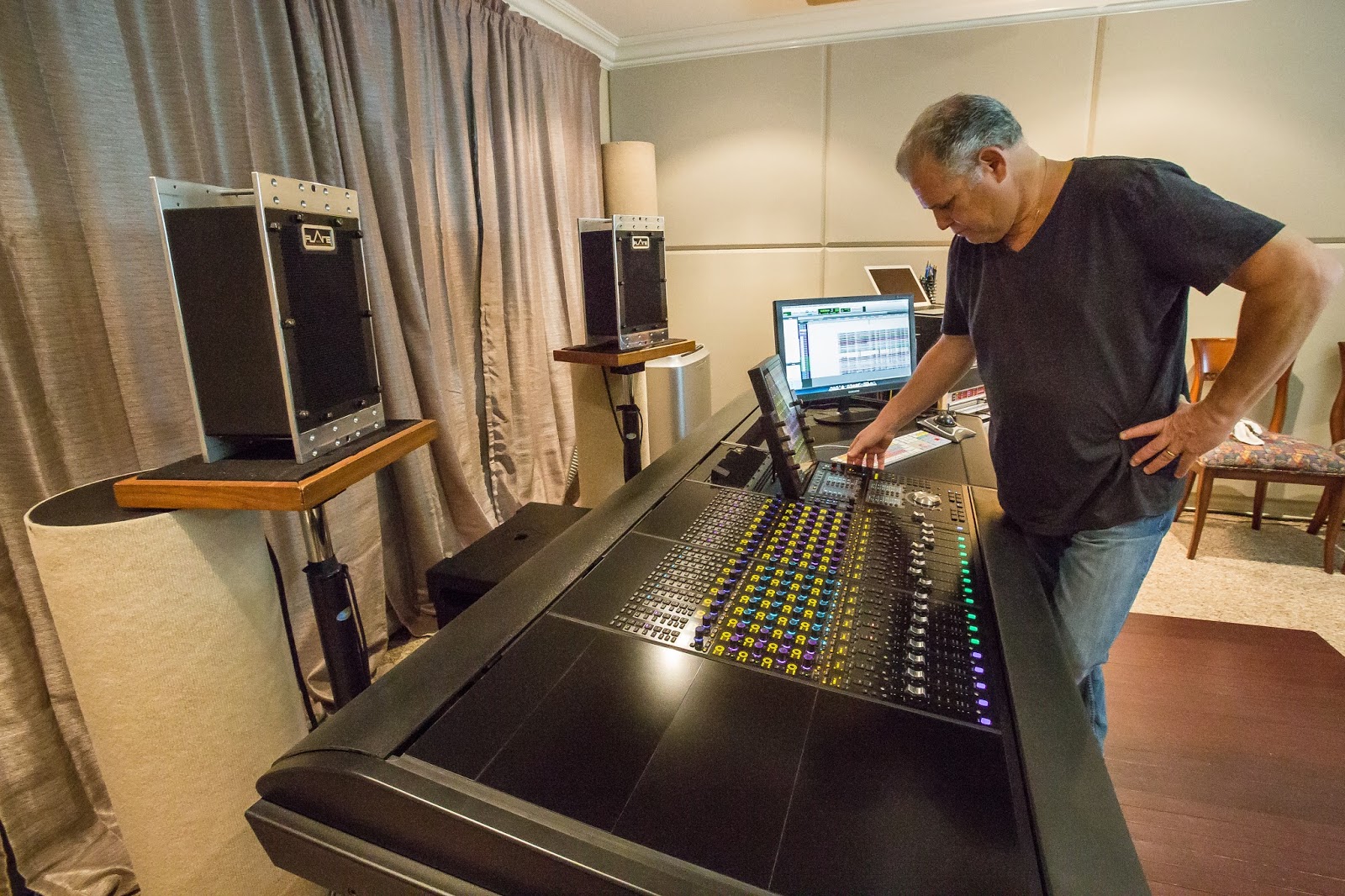 Now that you completely familiar with the S6, is there a particular feature that you can't live without?

Everybody knows I'm all about organizing and being able to wrangle in multi-headed monsters. The guys who work in film know this even better than me because they deal with hundreds, if not thousands of tracks. So the way that the S6's VCA Auto-Spill works is really fantastic; Avid has really got that dialed in now.

I basically make VCA group masters. From there, I'm able to push a button and, for example, the drums are right in front of me. I push another button and now all the vocals are in front of me. There's a real ease of operation using this feature. There are so many other features that are really cool, but for me to be able to switch back and forth between instruments really quickly, the VCA spill out is the best it's ever been.


Have you also upgraded your converters?

No, I still have my 192s. I'd like to get the newer ones with improved clocking, but I have to pick and choose where to put my resources. You have to prioritize otherwise it's easy to go crazy with gear, and I do. My studio is very efficient and works well for me. You know we’re talking about converters and plugins and different gear...For the most part we all have the same equipment, and it's all subjective as to how we use it. People talk about how digital doesn't have the warmth and analog is better. I always say “High fidelity still lives…Just depends upon who’s setting the standard and who’s spinning the knobs.” 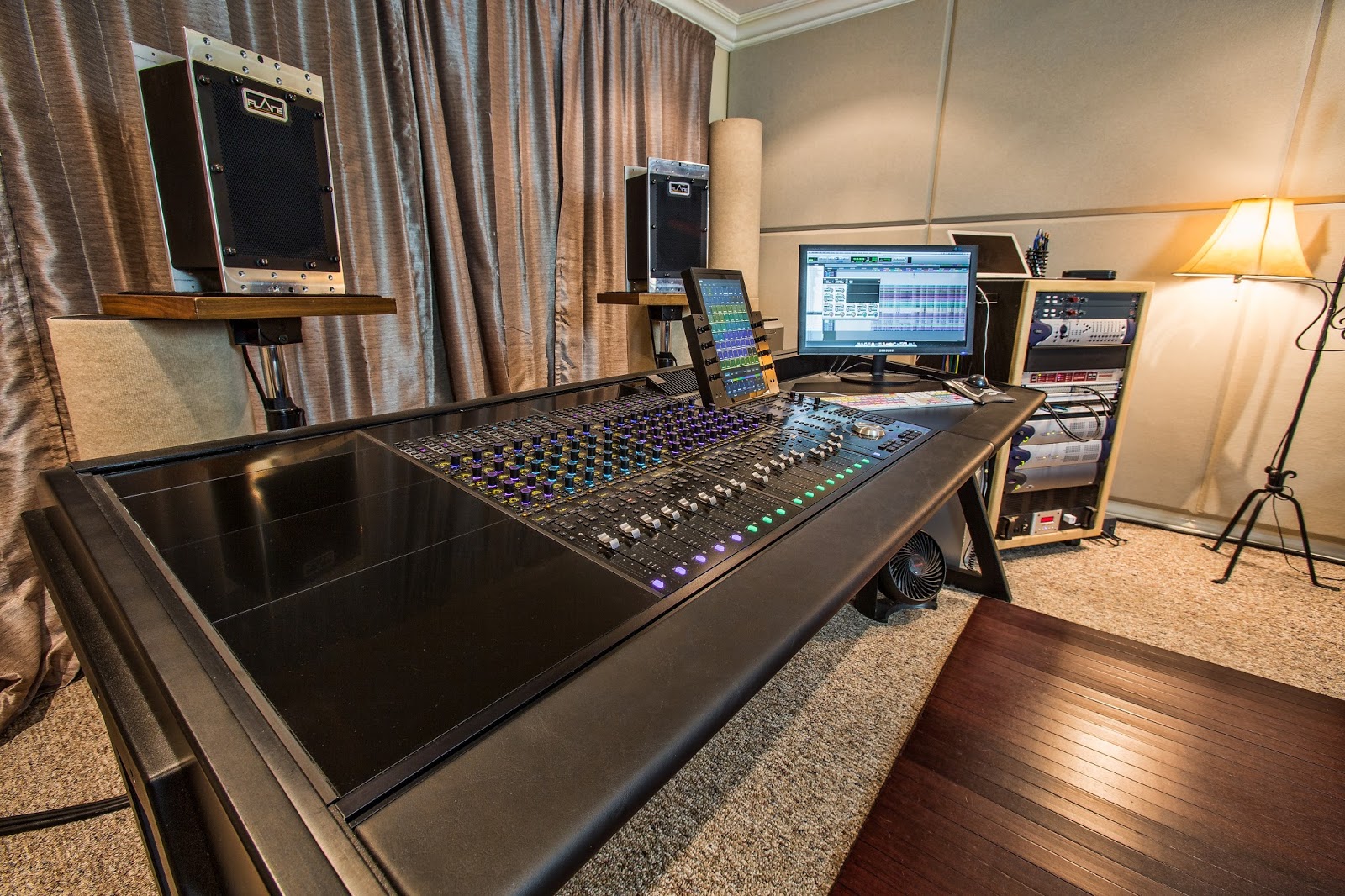 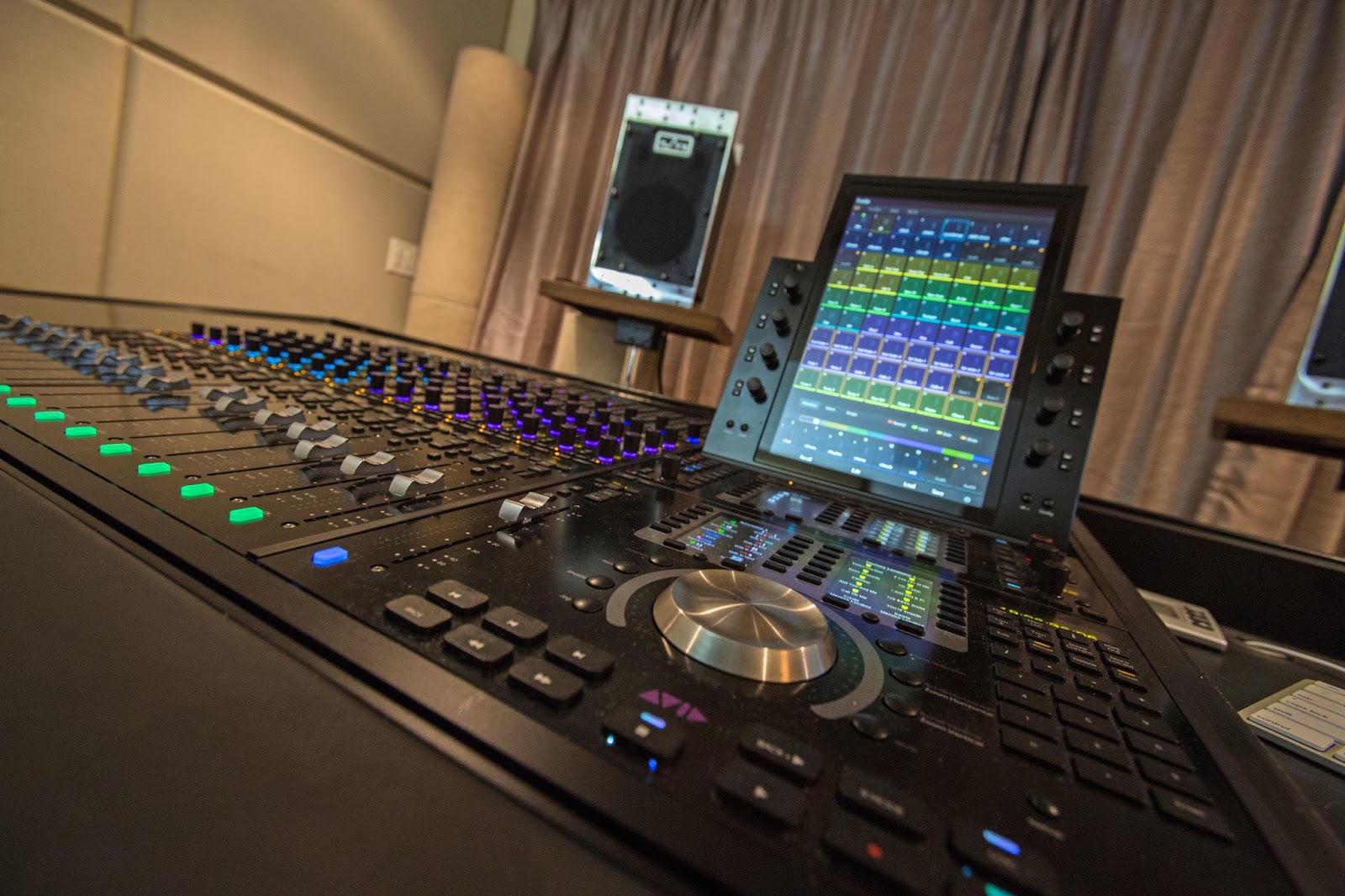 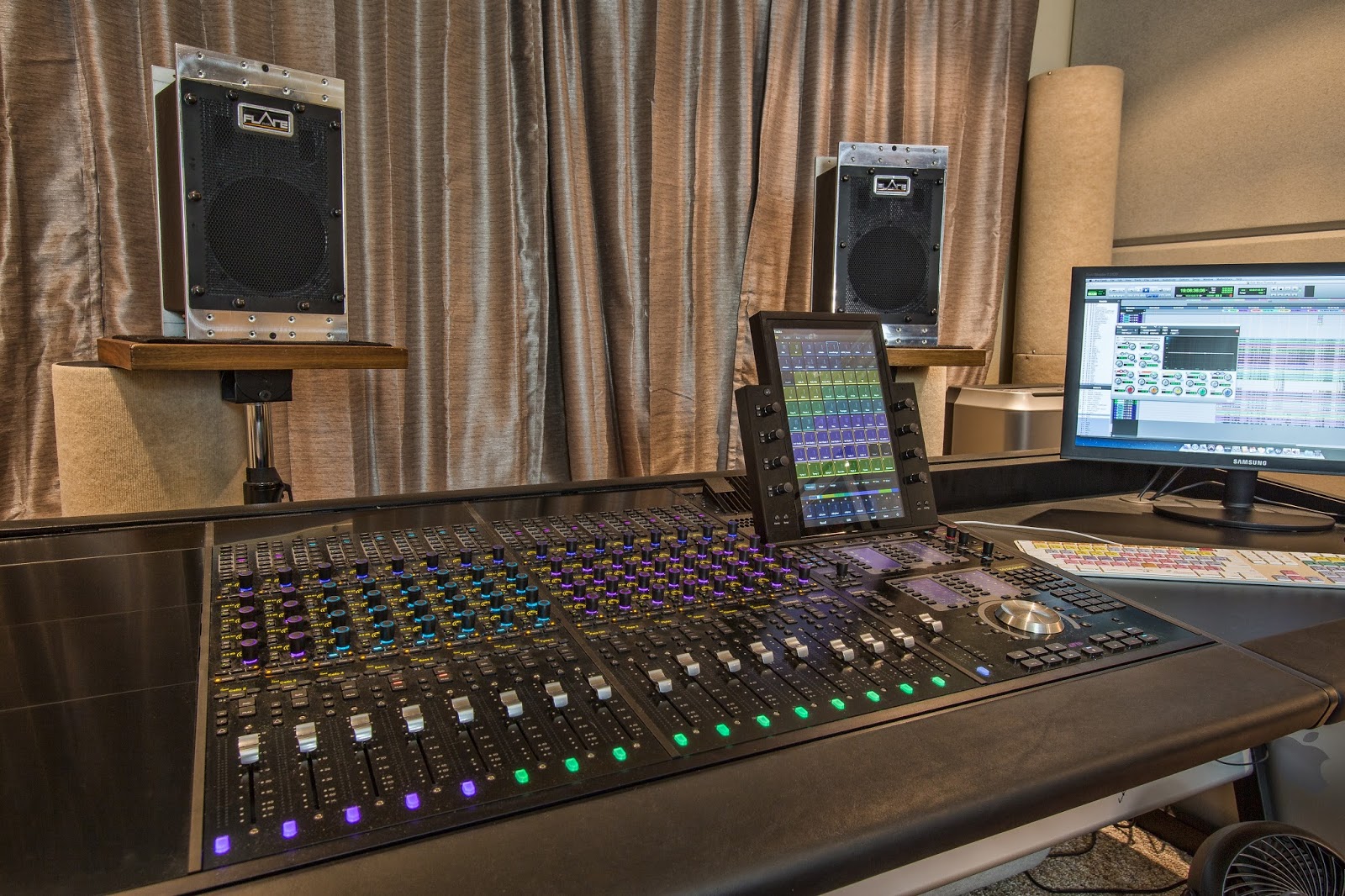